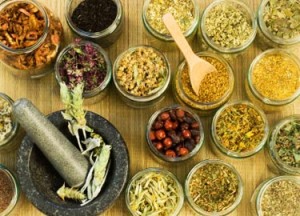 Indian herbal medicine refers to the traditional medicinal system of Ayurveda which is being practiced in the country since ancient times. More than 70% of the population in rural areas depends on this form of medicine which uses medicinal plants for its preparation of herbal drugs. The percentage of population resorting to Indian herbal medicine in western countries for treatment of several diseases is alsoon the rise.

Indian herbal medicine scores an edge over its conventional counterpart due to certain advantages offered by it. These have been largely responsible for generating greater interest and adding to the growing importance of this alternative medicine form in the developed Western world.

This traditional form of medicine is sometimes the only medicine source in large parts of rural areas of a developing country. Moreover, the information about the medicinal value of several herbs and plants is passed on from one generation to the next with traditional healers being readily available. In the developed countries, people are more inclined to use herbal medicines due to their attribute of being natural and safer.

In developing countries, the low cost of herbal medicine makes it affordable to a greater part of the population. In developed countries, the astronomical rise in costs of conventional remedies have led people to turn to this alternative form of medicine.

Normally, the herbal medicines have lesser incidences of side-effects as against the conventional medicine forms. Many people in developed and developing countries resort to this form of medicine in treatment of chronic and debilitating diseases due to their proved pharmacological effectiveness.

Approach adopted by India to promote herbal based medicines

The market for herbal medicines has a good growth potential when viewed in the context of the global pharmaceutical market. As per reports of the World Bank, there is a steady increase in the trade for botanical drug products, medicinal plants and raw materials in the range of about 5% to 15% annually. The growth in the nutraceutical sector has also led to an increased demand for botanical remedies.

India has the necessary technical knowhow and infrastructure for undertaking biological screening, organic synthesis, toxicological testing and pharmacokinetics. Research activities on medicinal plants are a part of normal routine tasks undertaken at research institutes located in different parts of the country. More attention is focussed on standardization of herbal medicines and isolation of active compounds. There is greater participation of the industrial sector for ensuring successful upgrading and implementation of technology.

Various Ayurvedic preparations for treating bronchial asthma, ischaemic heart disease and rheumatoid arthritis have cleared the evaluation tests successfully, some others have obtained US patents. Various projects and efforts are introduced to bring a greater understanding of Ayurvedic concepts and standardization of botanicals. Though a large number of scientific studies have been conducted on various botanicals in India the number of marketable drugs still remains small. Still more efforts are needed for establishing and validating the pharmaco-epidemiological evidence on the practice and safety of Ayurvedic medicines. Successful efforts in this context can raise the levels of importance for the Indian herbal medicine to a different plane altogether.