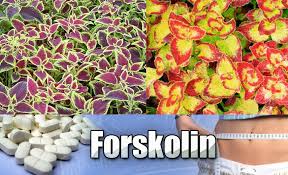 Forskolin shot into limelight in recent times because of being hailed as the new weight loss buster on a popular American television show. It was widely promoted to be the sure-shot solution for a rapid belly melt and becamesensationally popular. Besides being touted as a weight loss supplement, it had gained fame for being helpful in treating leukaemia, angina, high blood pressure, glaucoma etc.

What exactly is Forskolin?

Forskolin is an herbal extract obtained from the roots of plant called ‘coleus forskohlii’ which is found in India where it is used to treat disorders of the heart since ancient times. In the USA, this plant is commonly displayed as an ornamental plant.

Many herbal drug manufacturers,today are into the business of preparing coleus forskohlii extracts that have good enough levels of forskolin. These preparations are sold widely as effective remedies for maladies for which they were traditionally used.However, results of studies on the effectiveness of latest claims have not been conclusive.

How effective is Forskolin?

Each claim purported in support of forskolin can be discussed as follows to form a better opinion on whether it is truly a wonder drug of modern times.

The fact of forskolin being a significant aid to weight loss was based on two studies of randomized placebo-controlled group. In the first trial, there was a trend towards an increase in lean body mass and decreasein body fat mass and fat percentage; however, at the same time the group showed a significant increase in the serum free testosterone levels. The other study revealed forskolin to be more of an obstructive force to weight gain among overweight women rather than promoting weight loss by itself.

Forskolin was also hailed as a new wonder drug in halting the progress of chronic myelogenous leukaemia (CML). Research studies were carried on the effectiveness of this herbal extract in patients with CML. It was found that the extract decreased the ability of the cancer cells to proliferate by up to 90% and promoted leukemic cell death and differentiation without affecting the normal cells adversely. But in the same context, the relevant scientists also stated that more pharmacologic and pre-clinical studies were necessary to make decisive statements.

Forskolin has been said to reduce intraocular pressure and help in treating glaucoma. But more research is again essential to point its effectiveness.

Traditionally forskolin is used and found to be effective in treatment of urinary tract infection as it flushes out the bacteria responsible for causing the infection. These are then eliminated by following the required antibiotics dose. Patients with painful urination or recurrent infections of the urinary tract may find this herbal extract beneficial.

Forskolin is also traditionally known to be effective in reducing high blood pressure and being beneficial to patients with heart disease. However, interaction with the physician is essential before using forskolinfor this purpose.

Studies reveal that the evidence to prove most of the above mentioned claims on forskolin is insufficient to lead to conclusive results. There is a ‘possibly effective’ tag before this herbal product in almost all medical literature including the ‘Natural Medicines Comprehensive Database’. As for it being a weight loss buster, there is no mention in it at all.So use forskolin with care and caution .